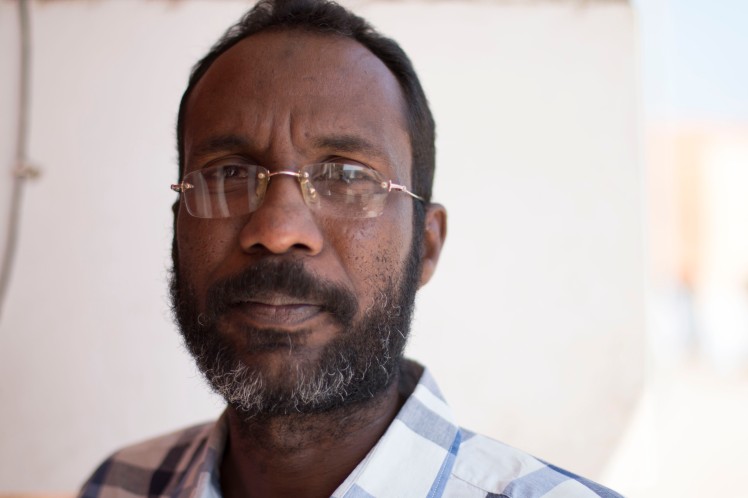 In Suakin, 60km south from Port Sudan, we have to catch our ferry to Jeddah. Several little travel agencies along the road to the port sell tickets. Buying them should be a piece of cake, but nobody speaks a word of English. It takes ages to find out a price and a departure date and time. Even with a calculator and a calendar it’s impossible to understand each other. We run from one agency to another. We’re almost ready to call it a day when we meet a man who speaks fairly well English, who wants to help us out.

His name is Mutowokil. He’s a chemical engineer from Port Sudan and he wants to transport his friend’s car to Saudi Arabia. He translates for us and tells us what the fair prices are. We very grateful for his help and as a ‘thank you’ I give him a ride to Port Sudan.

Once we arrive Mutowokil invites us for tea at his parents place. We end up staying there for the night. Mutowokil is our personal guide to the vibrant nightlife of Port Sudan. It’s nice to be again in a part of the world where there is an abundance of street food and where shops are open until late at night. There is off course no alcohol but instead we have a Sudanese coffee on a wharf just in front of the harbour.

The coffee is served in funny little tin cans with a little ball of plastic cord containing little pieces of ginger in the spout, giving it a distinct taste. Everywhere there are people drinking tea, playing cards, and vendors selling junk. We decide to buy the two most ugly fake rings we can find to seal our life long friendship. And we also just want to have a silver ring with a big ruby like every other Sudanese man.

“you know that Muslims can only wear silver, right?” Mutowokil informs us. “But don’t worry because this is definitely fake!”

He takes us to his little water purification plant for another coffee. He opened the factory a few years ago with investments from the whole family. The procedure is quite simple: he pumps up water and purifies it afterwards with UV-light. The price is around 2,5 Sudanese pound a gallon. That’s the equivalent of 12 euro cents! He produces every day more than 30.000 litres and the machines never stop running. Although his resource is free, he only makes on every gallon a small profit of 3 cents. He’s not the only one who’s producing this kind of water, but he is the cheapest. You can see his jugs with purified water in every shop. Muto wants to show us some more of his town but his cars battery isn’t working so we take a small three wheeled tuck tuck.

Opposite to what I expected from the Sudanese Muto is actually quite liberal. He looks at us conspirative in the tuck tuck and admits to us with a grin on his face that he used to drink some alcohol with his best mates when he was in university. But his wife can’t know about that! He has a small family with two boys. Some of his brother’s work as doctors and engineers in Saudi Arabia where they get a decent pay cheque. Muto says he also doubts to move but he likes Sudan too much to move.

We spent the night in the guest room of his parent’s house. In the morning his dad, Mohammed, wakes us up with his big warm smile. He invites us for morning tea. Just when we’re done bidding our farewells I notice that Willems’ rear tyre looks rather miserable and flat. It turns out a huge nail pierced itself into the rubber. We spent the whole morning sweating to change the inner tube of the tyre. It’s a first time for both of us on the trip, which is a small miracle. It costs us much more energy than we thought to repair the whole thing. We’re lucky we didn’t have any punctures at Lake Turkana, because it turns out we really suck in changing tyres. 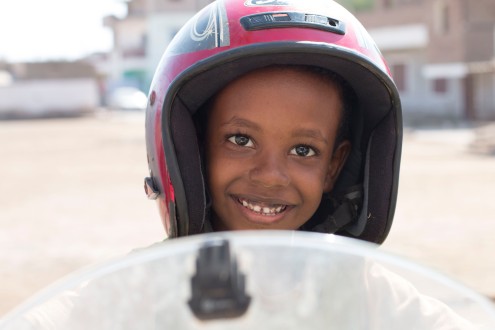 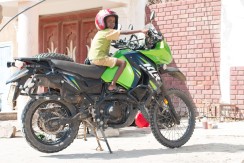 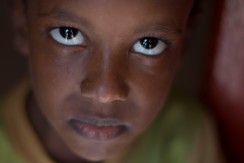 his not happy when we leave

After all the hard work Mohammed insists to have breakfast together. It’s the best one we had so far in Sudan, maybe even in Africa: fresh cottage cheese, sugar and some delicious foul (national number one Sudanese dish. A sauce made out of beans and tomatoes and opposite to what the word in English would mean, it’s really good)

We leave Port Sudan and head up north to do some snorkelling. We are both not very used to this so that might explain why we’re so baffled by the sight of all this coral beauty. Here’s some raw shaky footage:

The next day we head back to Suakin and visit the old town. It used to be a big port but thanks to the construction of Port Sudan by the British, it completely vanquished. As did the coral from which the buildings are made of. Currently a Turkish company is trying to restore what is left of the town but it seems to me that it won’t be an easy job.

We encounter our Dutch favourite couple again, Martine and Andrew with their old Volvo truck. It seems we’re taking the same ferry to Saudi. We eat some delicious fish together and afterwards we head to the port. It doesn’t surprise us that it takes even longer to exit the country with the motorbike than to enter. We patiently go from one office to another without knowing why all these different people need all these copies of all our documents. It seems more like a way to pass the time for them than necessary procedures.

Than a kind, old man with poor eyesight pops up to help us through customs. He looks so trustworthy with those jar glasses on his nose. However it turns out that he’s not that innocent and that he’s some sort of shipping agent asking a lot of money in the end (we honestly thought he was a helpful civil servant, I know it sounds contradictory).

He refuses to give our papers back if we don’t pay his ridiculous handling fee… the boat is ready to leave… I’m moving forward and pushing him with my chest against his car… I never thought I would do this to an old Myopic man, but he’s a real pain in the ass… he starts shouting and I see a few turbans turning our way… we’re in a very precarious situation.